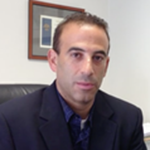 His practice areas are plaintiff's personal injury and criminal defense.

He attended the State University of New York at Albany and graduated from New York Law School.

Steven has recovered millions of dollars for his clients in both New York and New Jersey.  He has also served as the Mayor of Springfield Township in New Jersey and was also the alternate public defender in Springfield.

Thank you for contacting us. We will get back to you shortly.

Please complete all required fields below.

We’ll gladly discuss your case with you at your convenience. Contact us today to schedule an appointment.